People say that the BSc Nursing course flies by, I have not figured out if I feel it has flown, or whether it has gone slowly.

Coronavirus really has made things interesting. In year one, our placements were suspended and my year was placed on theory only, at home. Roll on the next couple of lockdowns and as year 2 our planner has been altered, but this time round, second years were not offered to “opt in” and get paid. Our paperwork is new, as well as different to other cohorts, because of things being cancelled or done virtually. It is all very strange.

However, providing all goes well (touch-wood), in 2021 I will become a third year Student Nurse. That thought is terrifying, yet exciting. It just doesn’t feel real. I do not feel like I am at this stage.

Is this normal? Is it because of COVID?

I have two placements left of year 2, as well as the theory blocks. I cannot wait to attend my next placement, I feel as though the area is one that can provide me plenty of learning opportunities.

I do aim to write up a reflective post of my next placements. However it will not be posted until after the placement has ended and it will not share any locations or personal details, because obviously as a Student Nurse it would go against a lot of rules. But keep a look out at future posts.

UCAS really do like to keep you waiting. Personally, I think the site may have got sick of me checking the Track system.

I have been away from blogging since last year, so have a lot to catching up to do!!

So when off work last year I decided things needed to change, I only had one year left of my Open University Degree, but wanted to do something that involved more time out of the house (plus I have 16 years to complete my OU Degree). I decided to look at other Universities and rang my local University Nursing Department to enquire about whether they have places in the next cohort and, most importantly, whether they would accept an application this late into the year. Luckily for me they would accept an application. I told them I would have it sent in by the end of the day and they were happy for me to tick the box to not include a reference, but supply details for one. 30 Minutes later an application was sent in. That was the fastest personal statement I had ever written.

I was also very lucky as the next Open Day was within a week and the next interview day was also very soon after. I found out within a couple of weeks that I was successful and given a conditional offer. Conditions were not based on grades but as I had not submitted a reference with the UCAS application, this was needed as well as confirmation of my OU studies and credits achieved. Once submitted, amazingly that August my place was confirmed. Although the September cohort was full, so my place was for March, but I did not care. I was going to be a nurse.

And that is my short story of getting into Nursing.

This article was submitted to my ‘Mighty’ page but has been saved for future release rather than being published straight away.

Roll back to early March 2016: I had just completed training for a new job within the emergency services and it was my first day “set free” to take calls and be “in training.” I felt strange, was having chest pain and really didn’t feel well. Within the first couple of hours into the shift I went home unwell. The 30-mile journey home was the longest ever and I was straight on the phone to NHS direct for advice.

Fast forward to late April, a very long six weeks later. I was still off work and had been to so many nurses, GPs, out of hours and telephone triage appointments I had lost count. That day I spoke to my surgery to request an appointment with a doctor and was told I couldn’t see one but they had a paramedic in the surgery I could see. By this point I had lost the will to live and just wanted the pain to stop.

I will never forget the kindness I received from that paramedic. I was told to go to the hospital and a letter was written and faxed to the emergency department for me to go to see the surgeons.

I have polycystic ovary syndrome (PCOS) and while this condition is being talked about more, there is still a stigma with the condition. I had abdominal pain that had lasted about six weeks and had been referred to the surgical team, not the gynaecology team.

One of the worst comments I have ever overheard from a person was: “She has polycystic ovaries, just send her to gynae and they can discharge her.”

While this comment may only be minor, I also saw these people shaking their heads and asking about beds for other patients. Might I add, this person was a doctor.

Three days later, I had surgery and my appendix was removed and then two days later I went home. I continued to use the services of my GP, district nurse and NHS Direct as I had an infection in one wound that turned out to be two different infections as well as several water infections. 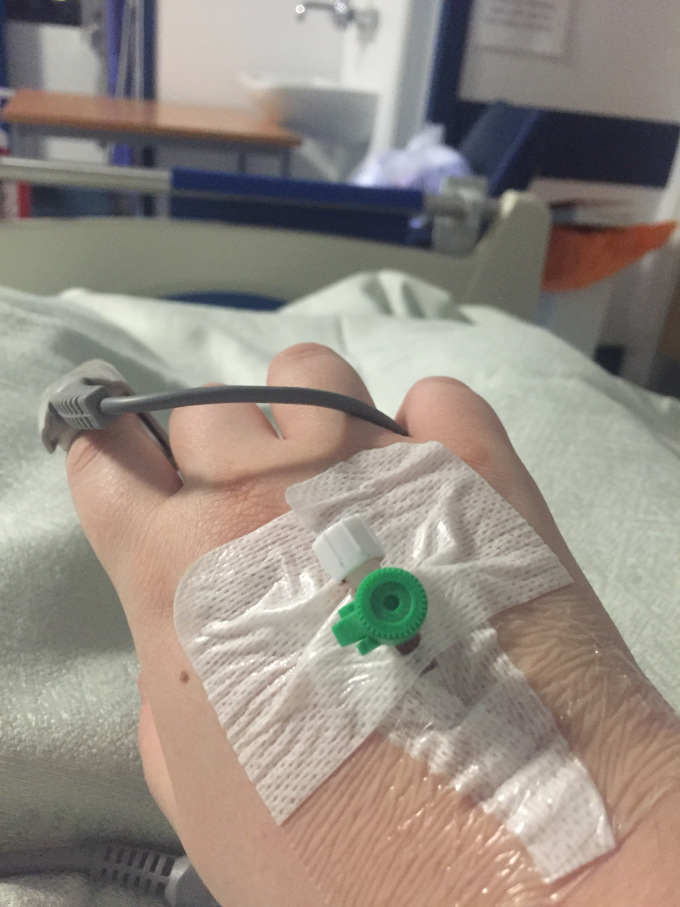 To any healthcare workers or those who wish to become a healthcare professional: If a patient comes to you with a problem, please do not presume it is “just” their pre-existing condition. Yes, take it into account, but don’t use it as the first excuse to discharge your patient.